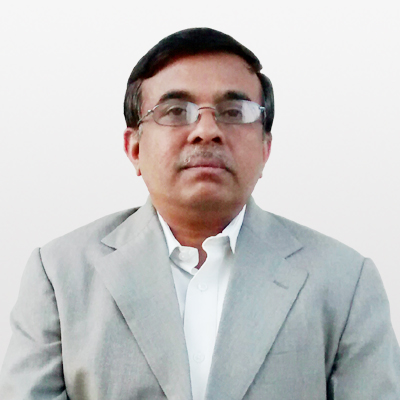 Hanumanth Managoli (‘Managoli’) comes with nearly 35 years of industry experience. He is an Electronics engineering graduate, and apart from several leadership learnings, he also has to his credit a course on ‘Managing People in Software Industry’ from IIM-Bangalore.

After brief engagements at a PSU and Pvt firm, he joined Indian Space Research Organization’s Satellite Centre (ISAC) as Scientist and worked on the 2nd generation INSAT series of spacecraft. His team developed simulation and analysis systems for satellite on-board bus-electronics and payloads integration and checkout. He has also participated at the satellite launch operations at an ESA space-port.

He then moved to be the founding member for the India Centre for PLC system-and-software development group at Asea Brown Boveri (ABB), a Swedish major in Industrial Automation and Power generation sector.

His next stint was with KPIT Cummins for the Automotive and Aerospace domains. Mr. Managoli headed the software services group of KPIT-Bangalore. His team has delivered solutions to series production programs for several major Auto OEMs and Tier-1s across the geographies. At KPIT, his team has also delivered services and software for the Power Control system for the Airbus A380 and the Boeing’s Dreamliner aircraft, conforming to DO178B Level-A requirements.

Mr. Managoli is also well-versed with Software Engineering Process frameworks and Standards such as CMMi, AutoSPICE, Functional Safety standards of ISO26262, IEC61508 & UL1998. Association includes various stages such as organizations’ process definition, training, piloting and roll-out, audits, gap-analysis, assessment, and certification, followed by continuous process improvements at Level-5. He brings-in the practitioners’ perspective on the process. He has served on a global team for defining, rolling out CMMi processes for an Automotive Tier-1 in Europe.

He is a panelist at conferences on Automotive and Embedded domains, Functional Safety, industry-varsity collaboration. He is on the Board of Studies at an autonomous varsity to define the curriculum for the industry needs. He has traveled extensively and likes to share his experience and insights with the audience. Conducts training and workshops in the areas of Embedded System and Software Design, SDLC Processes, FuSa, with hands-on sessions.

He has authored national, international conference papers on the topics of controller-based simulators and analyzers for spacecraft subsystems. Mr. Managoli is a Dale Carnegie certified trainer.